More information will be emailed to participants. Please wait for this information before contacting us.

The "Ardent swing festival", the very first festival of swing in Liège, welcomes you from 13 till 15 March 2020.

Come and discover "la Cité Ardente" to the furious rhythm of the twenties.

The style of the Boogie straddles Lindy Hop and Rock'n'Roll. This dance is clearly an answer and adaptation to the musical evolution of its time which is between the years 1920 and 1950. It’s popularity grew and grew as the fledgling Rock'n'Roll stars such as Elvis and Jerry Lee Lewis replaced the old Swing music on the radio and in nightclubs.

Boogie-Woogie is commonly danced to a fast pace but easily adapts to all types of tempos, with a predilection for piano pieces of Boogie music. It is famous for its fast and spectacular footwork, high energy and also it’s freedom throughout the dance that allows space for improvisation and free styling. The step variation for Boogie Dance is a combination of six and eight count with sharp, quick movements. It often makes use of a syncopated beat, which helps to create the constant footwork for which Boogie is widely recognised.

The « Ardent Swing Festival » will be an intense 3 days during which professional dancers will meet passionate dancers – lovers of the exceptional atmosphere of the Roaring Twenties. This weekend is not only focused on dance, but also on artistic exchanges and the discovery of various disciplines through workshops, concerts, happenings, exhibitions, screenings, and much more. 3 Days during which you will dive head first into the feverish artistic and intellectual spirit of the twenties. This will truly be an all-round cultural weekend.

The entire « Ardent Swing Festival » team has only one desire: to share this third edition with YOU!

Because it is very difficult to resist the temptation, it is with enthusiasm and a flawless abandon that the 6 members of My Sweet Devil let their zinneke hearts speak seized a jazz and blues repertoire from the early days of New Orleans and Chicago.

May My Sweet Devil, in turn, attracting you to dance and party, to the simple sharing of an ageless repertoire. 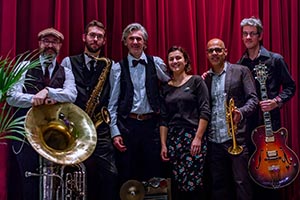 The Bab's Big Band with Bruce Ellison is an excellent band of Jazz Swing. He is used to the big parties of Lindy-Hop. In fact, he has played several times for the big club of Lindy-Hop in Copenhagen and for the international meeting of Lindy-Hop in The Hague in the Netherlands ...
This internationally renowned band is composed of the best Belgian trumpeters: Michel Paré and Bernard Hoste, Johan Ledouble on the alto saxophone, Franck Guetatra on the tenor saxophone, and the excellent trombonist Nathan Surquin with one of the best rhythm sections: Guillaume Durieux on the double bass , Daniel Duchateau on drums and keyboard and vocal (leader of the group): Druss Lecomte (one of the best in Count Basie style).
This band will also play with the excellent Bruce Ellison, an American singer from Indiana, with songs from the classical Jazz repertoire ranging from Fats Waller to Louis Armstrong ... Bruce Ellison does not sing melodies, he lives them!
Bruce Ellison began as a mime and voice-over for television, as well as in musical comedies in Indiana, USA. In 1986, after attending the Marcel Marceau International Mime School in Paris, Bruce founds the Mandragore Theatre Co. with Michel Carcan in Brussels. The group creates the mimodrama, 'The Strange Mr. Knight', to international acclaim. Currently, Bruce does voice work for radio, cinema, and children's tv programs.
Druss Lecomte (piano) whose colorful play will remind you of the swing of Count Basie and Nat King Cole, the stride of Thomas "Fats" Waller, James P. Johnson, the humor of Erroll Garner.
The alchemy which rises from the meeting between Bruce Ellison and The Bab’s Big Band is absolutely magic..! 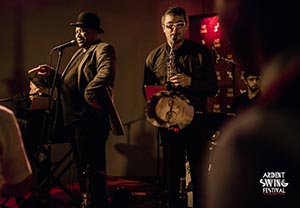 The Sousa Shleb is a happy duet where Cornet-Chant, Tambour and Sousaphone take you to the roots of Jazz / Blues New Orleans. 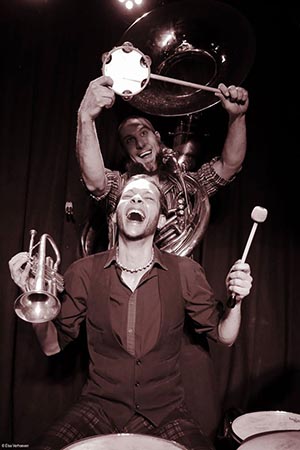 2 hours of Boogie Woogie with Maeva, William, Flora and THORBJORN

1 hour of Solo Jazz with Ludo

You know all the basic moves, such as : swing out, lindy circle, charleston, texas tommy, ... . You start leading or following during the parties, you want to know more about lead and follow and also learn some new moves and techniques ? This is your level.

You dance lindy regularly during bu attending classes and parties. You don't have any problem with the basic moves, they hold no secrets for you. You can lead or follow easily and want to learn some new techniques and variations ? This is your level.

Lindy hop, you know it well ! You are used to social dancing in parties, you can lead any follower or follow any leader. You can dance on a fast tempo and want to go deeper into the technique and into stling ? This is your level.

William and Maéva are both from the south of France. They met on the dance floors where they were competing at the age of 14 years old only. After devoting many years to Boogie Woogie, for which they were crowned WRRC world champions four times (2005, 2008, 2009, and 2010), they decided to turn their professional dancing career to Lindy Hop in 2011, that of course, without putting their favourite style completely aside. The results were quick to follow. William and Maéva now teach in the most important international swing events. Their ability to remain true to themselves and to assume their identity makes them stand out. Despite their young age, William and Maéva have been teaching and sharing their passion around the world full time for 5 years, being real professionals, fearsome competitors and showmen. These dancers of small stature will sure know how to carry you away into their world full of talent, humour, genius and generosity, which they can’t wait to share with as many people as possible. 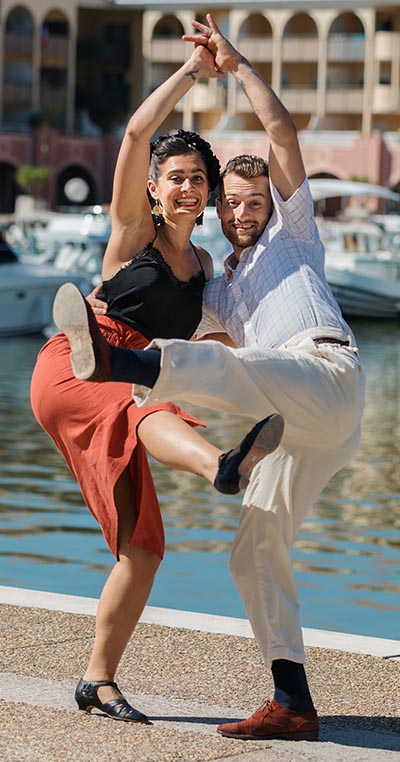 After several successful years apart in the years previous to 2014, Thorbjørn and Flora entered the dance floor together for the first time in 2014, which resulted in winning the World championship, European championship and Norwegian championship in their very first year. Their titles was defended in 2015, before this dynamic duo chose to turn full time professional teachers and performers travelling world wide to share their passion and love for Boogie Woogie. In nearly no-time this couple is already considered legends, and they are regularly figuring together with the biggest artists and organisers within the community. 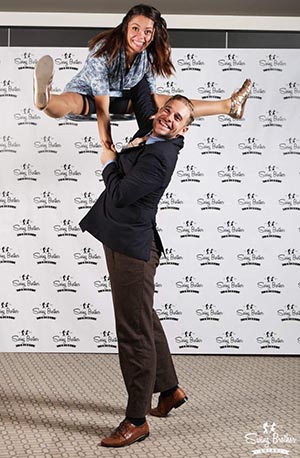 Stacy was seduced by Rock'n Roll as a teenager. Curious, she gradually began to move in the swing dances and 3 years of dance passed, she accepted an invitation from Ludovic to form a dance couple.
Ludovic, a child of teacher parents, grew up in a dance school. His passion for competitions allowed him to progress quickly. This experience made him know Stacy in the classes of his mother and he proposed to dance together.

In 2010, the couple was born. They started teaching and competing together. In 2012, the couple returned to France FFD team Boogie Woogie, In 2017, they become Vice-Champion of Europe and World WRRC and in 2018, they get the title of French Champion FFD.

Ludovic and Stacy continue to travel in France and abroad to share their passions, teaching their knowledge and performing with shows in Festivals, Stages and Concert 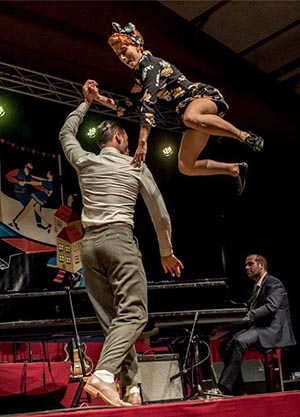 Alex "Texas" Dreyer started dancing Swing in Houston in 1999 at the age of 15. With his twin brother, he was a member of the hugely popular "The Houston Hepcats" and learned with the Lindy Hop's biggest names, Frankie Manning and Sonny Allen. From then on, the dance allowed him to travel the world, to teach, to perform and more recently to be master of ceremonies for the biggest festivals in the world. He lives in Paris and it is an immense privilege to welcome him for the first time to the Ardent Swing Festival. He will be entertaining you throughout the event by his generosity, professionalism and especially his unconditional humor. 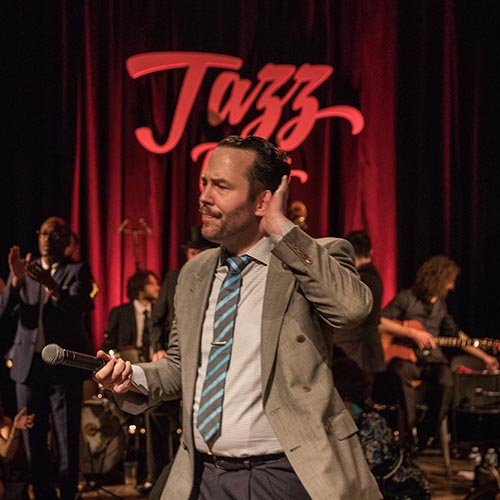 SuAli Swing Shoes (made in Italy)

SuAliSwingShoes were created out of the love for swingdance and a strong passion for vintage shoes. These are Italian creations, handmade with leather made in Italy and in all external and internal components. All models have leather soles to dance on all types of floors and as many times as you like. These creations will dress perfectly your outfits. The SuAli are not only beautiful but also super comfortable and flexible to wear for many nights of wild dancing where you will vibrate any dance floor.
SuAli / SuAli 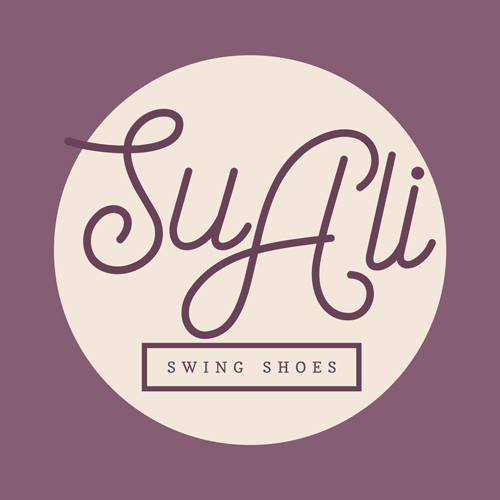 Werter Corvi has a hobby: crafting vintage wood accessories (bow ties, tie clips, cufflinks and earrings). These ornamental objects are created by putting together different types of wood coming from all over the world (ebony, amaranth, maple, palm tree, etc.) thus creating unique pieces which look and feel very natural. The bow-tie project was inspired by his passion for vernacular jazz dances, as dancers always match their outfits with amazing accessories during parties. A concept “made in Italy” which has been appreciated so far all over Europe, America and South Korea and which has been worn by world-renowned dancers such as Peter Loggings, Nils Andrén, Vincenzo Fesi, Sacha Alvisi, and José Zarazaga. Werter’s creativity goes beyond that! He also launched a whole collection of bags and each piece is unique! Men and women now have a chance to choose their style of “utility bag”, picking and matching the colors that they most like.
Werter Corvi 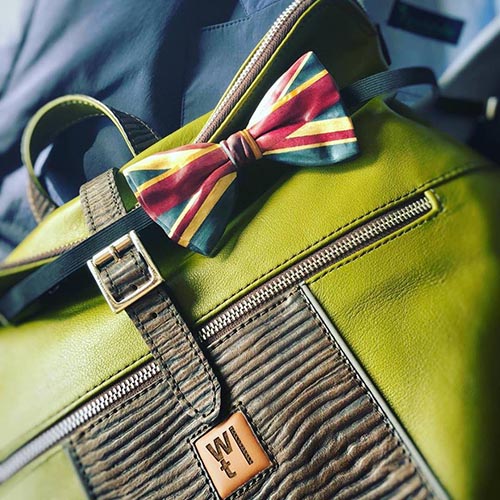 The Absinthe Bijoux creations are mainly inspired by Art Nouveau and Art Deco.
The weaving of pearls, specialty of the designer, are patiently handmade in her workshop located in Herve (near Liège).
All his jewels are produced in small editions or unique copies. She likes the idea of ​​wearing her jewelry as easily with an evening outfit as with her favorite pair of jeans.
Absinthe Bijoux is born from the desire to offer timeless jewelry but enhanced by a touch of modernity spiced with originality.
Available in more than 12 handpicked outlets in Wallonia and Brussels and on the brand's online shop. 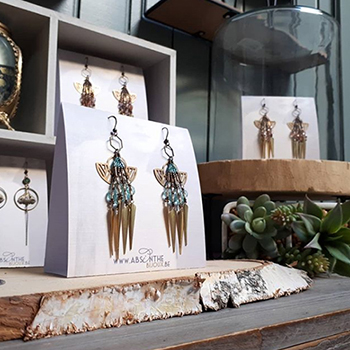 Vintage make up and hair artist

Marie Lovenberg is a specialist in vintage relooking. As a kid, she used to spend her time dressing up with old and delicate clothes in her child house's attic. This is from where she grew out her passion for beautiful fabrics and western fashion history, and become a costume designer. Today she is all in one hair designer, make-up artist and specialist dresser and adviser in vintage fashion, from the twenties to the seventies.
Marie Lovenberg 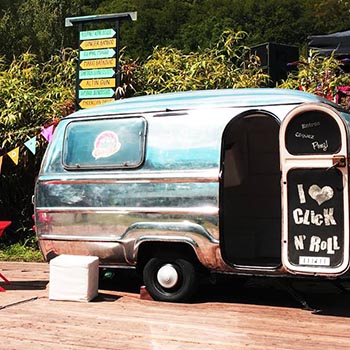 Gents, if you wanna be a pip, looking togged to the brick, get plenty of honey coolers from that looker… Here’s your chance, get a smooth, sleek cut!

Barber hairdresser for almost 10 years, Lorenzo opened his own salon this year, "The LOW Barber - shop" located in Saint-Nicolas, not far from Liège. A place where you can do your beard and cut your hair while enjoying a glass of rum or a good beer. A vintage-looking salon, with old-fashioned service and received as true gentlemen.
Low Barber 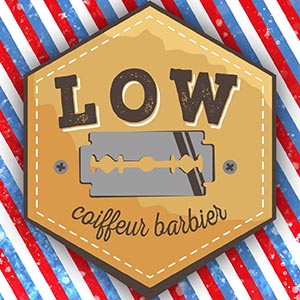 Headband creations in a bohemian chic, shabby spirit for various occasions that will allow you to accessorize your most beautiful hairstyles. 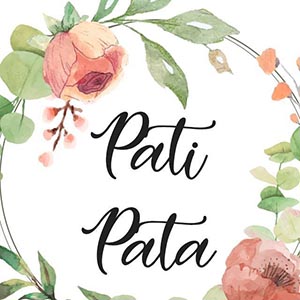 Passionate about the vintage style, these two friends will offer you a stand with head and clothing accessories to enhance your Swing wardrobe. 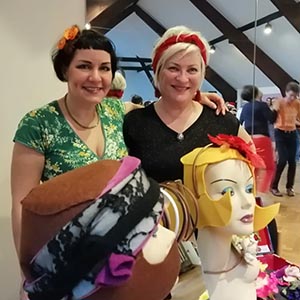 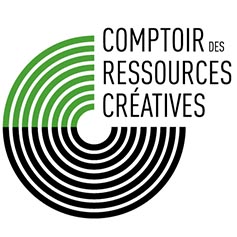 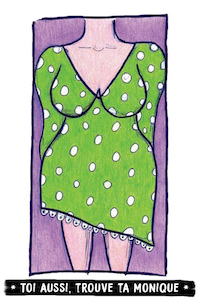 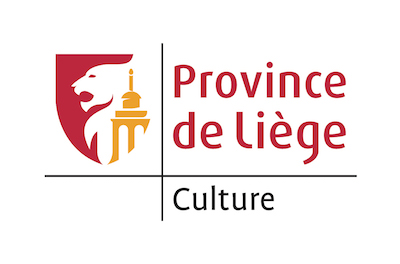 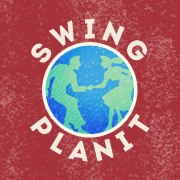 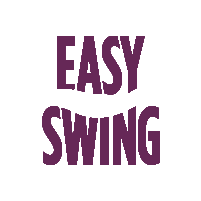